Exhibiting the most important computers is a relatively simple task for a museum, but things become much more complex when it comes to presenting such intangible subject matter and abstract contents as software and its underlying basic principles. The HNF was the first museum to tackle this topic during Germany’s Year of Computer Science in 2006, and is now able to display it in concrete form. A black cube has introduced new aspects to the exhibition in terms of both contents and graphical information. Both the “shell” and the interior of the cube provide visitors with a wide range of information which is communicated by a variety of didactic methods.

The curiosity of museum visitors is aroused by 13 small “miracle chambers of computer science”. These provide concrete three-dimensional examples of ostensibly abstract topics: Russian nested dolls are used to explain the method of recursion, while a tin of English luncheon meat demonstrates the origins of the term “spam”, and toy robots illustrate an important software application area. Texts and illustrations are supplemented by nine media stations. A collage of educational films by the famous American designers Charles and Ray Eames is on show, while another video station demonstrates how the problem of sorting algorithms is solved by means of a game of cards.

But visitors are also invited to explore on their own. They can trace the development of operating systems from the 1970s right up to the present day and from the first Xerox PARC programs via the Amiga OS 3.5 all the way to Microsoft Vista. The “Software Timeline” offers a movable computer monitor which guides the visitor along a journey through time of system software development. Computer support is available to anyone wanting to draw the “House of the Nikolaus”. A special program explains the basic principles of Euler’s algorithm and shows the role they play in the “House of the Nikolaus”, to name just one example.

The black monolithic cube shows on its exterior walls the primerary software structures, and it has the look of a blackboard.. Each wall has its thematic center. Media stations and small windows help to communicate the content. The windows look like the keys on a keyboard. The print graphic is reduced to black and white as a transfer of the binary code. Metaphors of the computer realm, such as mouse, bin, parents and children are shown as silhouettes to illustrate the abstract context.

The exhibition design was awarded in 2007 with the Red Dot Award. 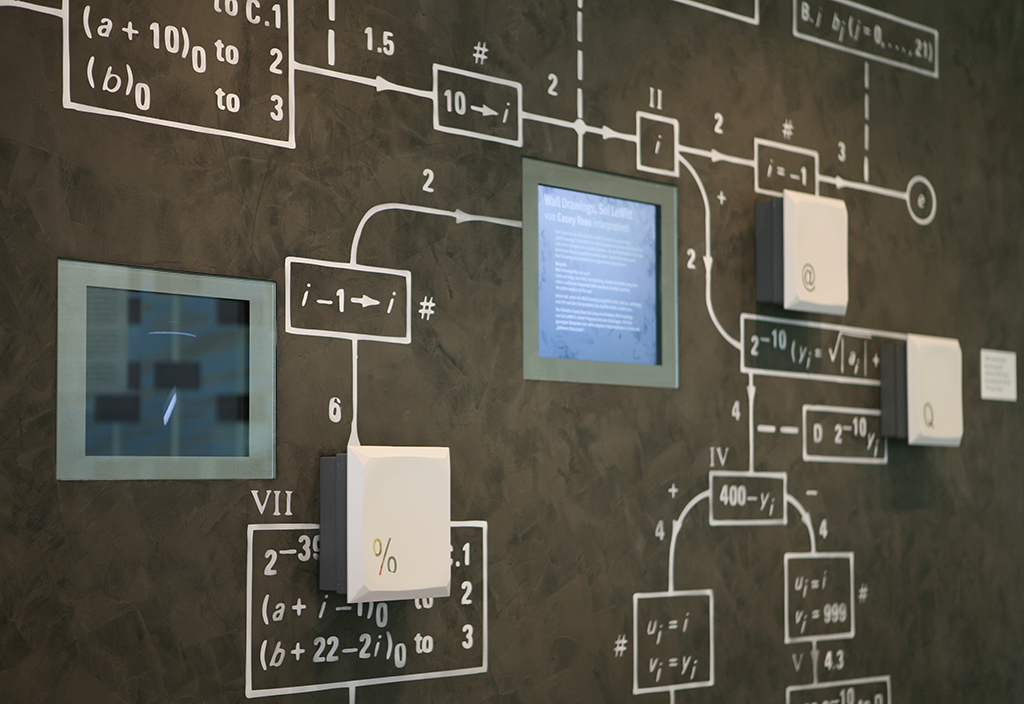 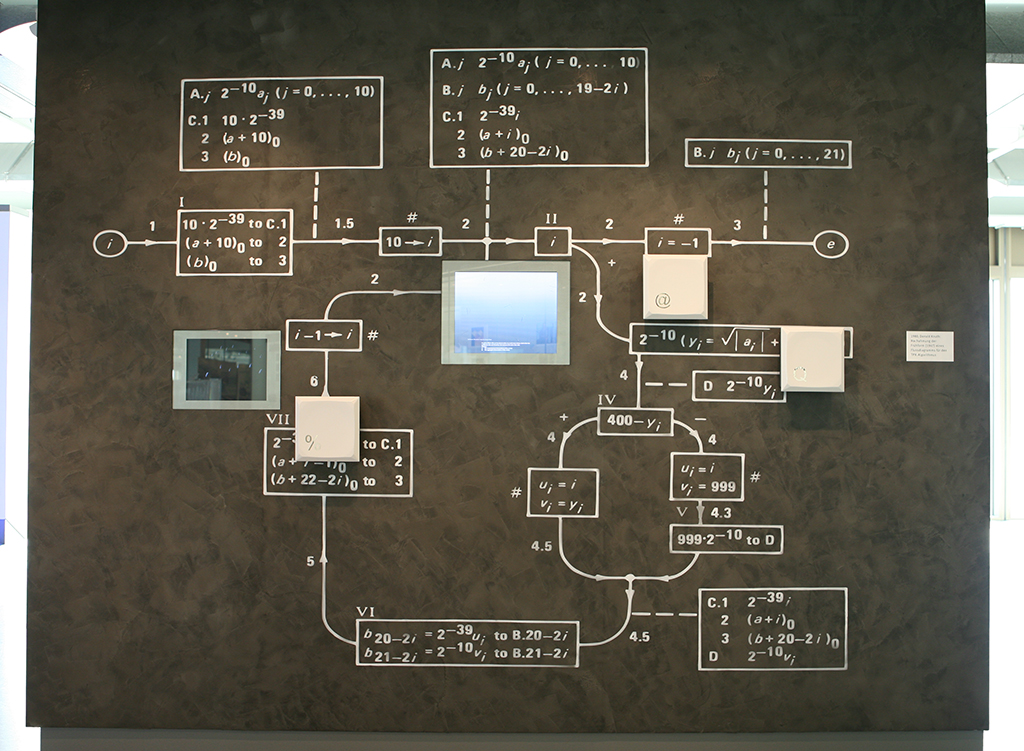 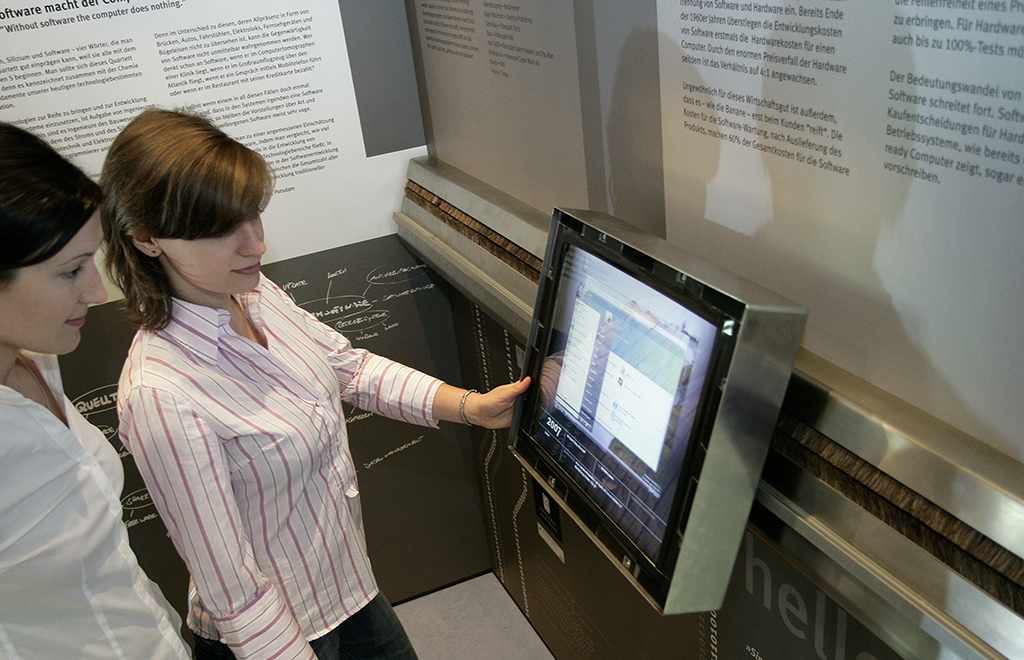 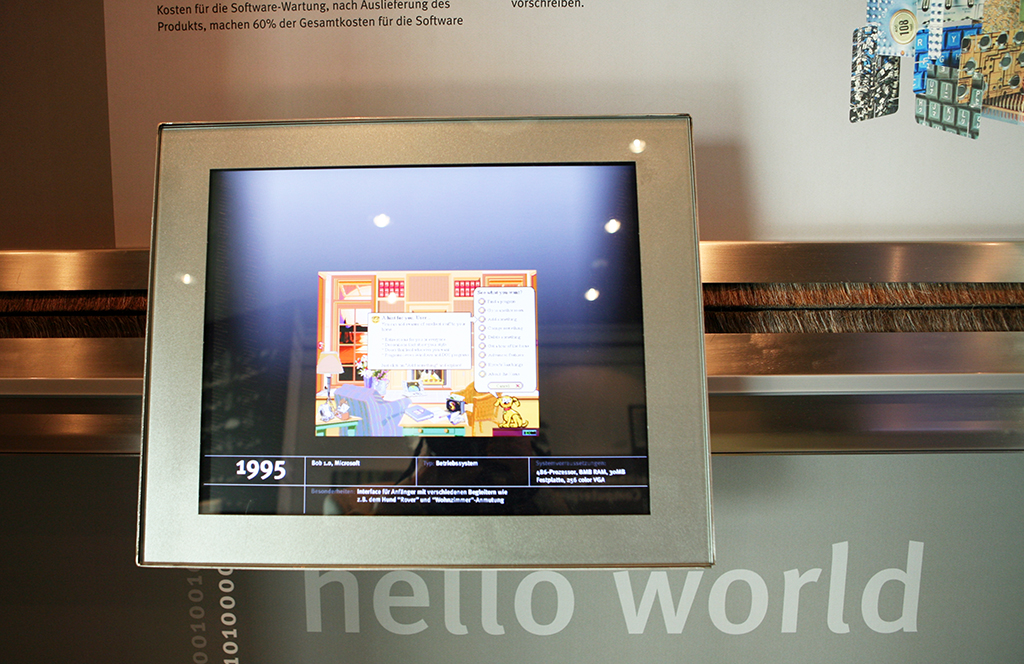 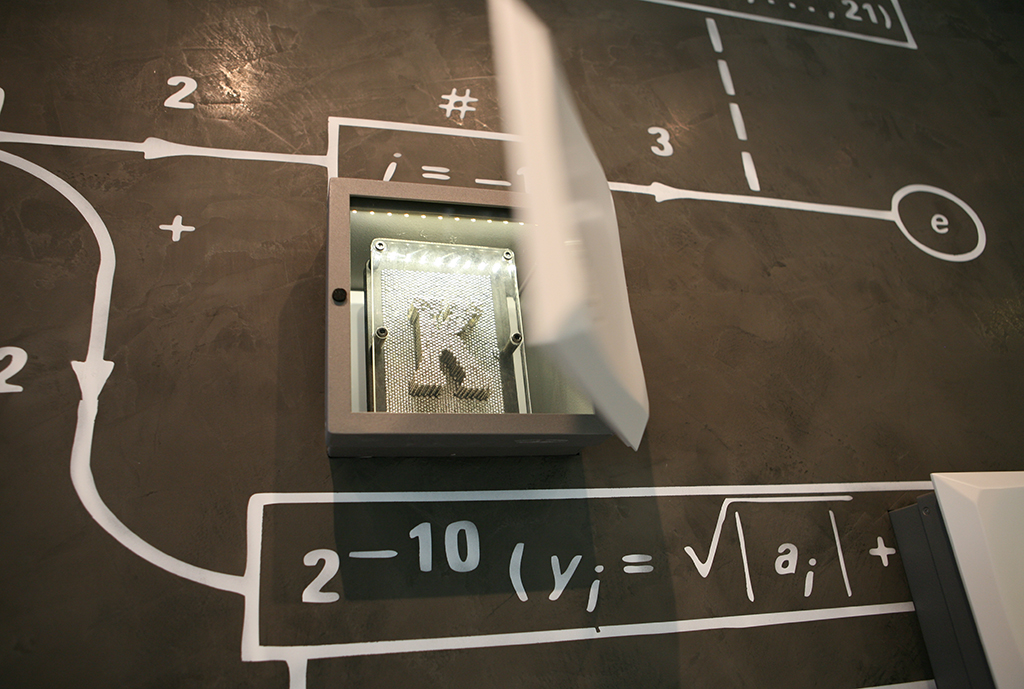 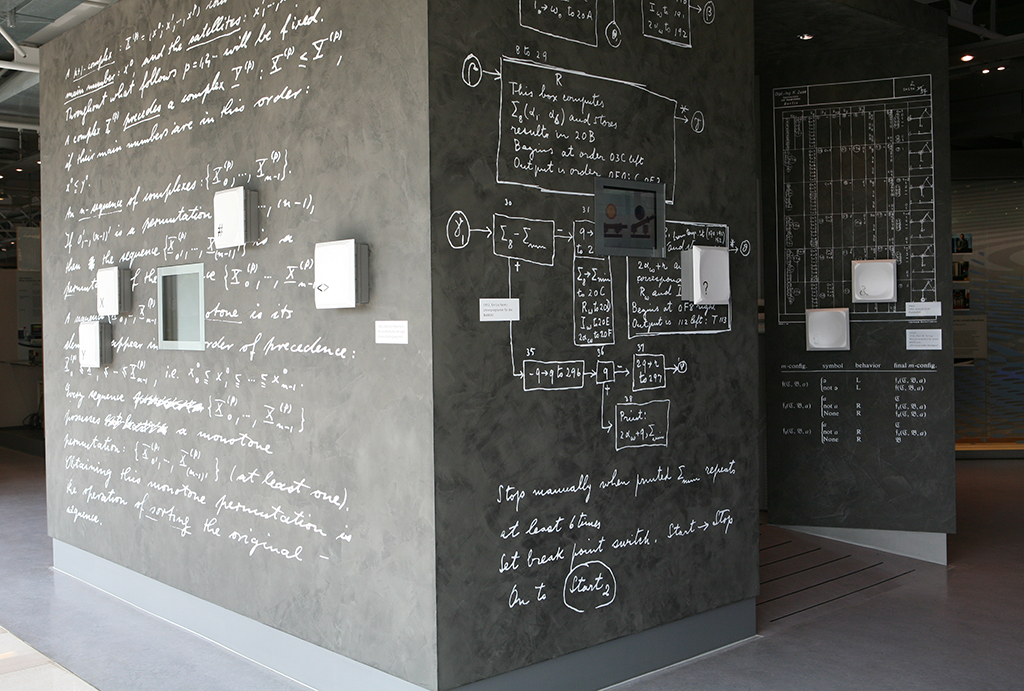